This DOT is Keeping Everyone Safer With a Wildlife Crossing

With some of the highest wildlife vehicle collisions in Colorado, the Colorado Department of Transportation (CDOT) implemented a unique approach in La Plata County that’s keeping people and animals safe.

More than 9,000 vehicles travel the 20-mile stretch of U.S. Highway 160 between Durango and Bayfield, Colorado every day. What do they encounter most often? Animals crossing the road. A large number of crashes and single-vehicle rollover accidents along this stretch of highway result from animals crossing. According to the CDOT, this highway has the highest number of vehicle-animal crashes in the state. CDOT says 306 reported wildlife-vehicle collisions occurred along this stretch in 2014. That number was up from 252 the year before. The state had find a way to keep both people and animals safe.

Why so many animals in this area? The stretch is a major migration corridor for animals moving from upper wilderness elevations to lower ones. Highway 160 acted as a barrier between the animals’ summer and winter migrations. The crossing is designed primarily for mule deer and elk, but coyote, black bear, raccoons, mountain lions and bobcats also use it.

CDOT implemented a wildlife crossing solution that created a private road for the animals to cross, keeping the animals from the roadway. The design included an archway passing beneath the highway. According to Sue Walan, SEH senior project engineer who provided construction administration, the under-the-road crossing was made of pre-cast concrete structures. The structures were assembled one-by-one across the highway, then backfilled over. The project team then constructed a new highway over the crossing.

The big question was: Will the animals find their way to use the under-road crossing.  Approximately 10,700 feet of fencing was installed along the adjacent highway which funnels the animals safely into the crossing. The space for the animals to cross is 13 feet tall and 37 feet wide with a natural earth bottom. The natural bottom is easier on animals’ feet than pavement and better mimics their natural terrain.

The team knew the solution was the right one, even before it was completed. According to Cory Kindle, CDOT engineer, during construction the project team would arrive at the construction site in the morning and see animal tracks going through the crossing.

This underpass is part of a larger project with a total of 24 crossings planned along Highway 160. The project was done in phases, with detours in place while the first half of the crossing was built. Once the first half was up, traffic was routed along that path while the other half was built. The completed structure and roadway also allows for future expansion of the roadway.

Similar crossings have popped up around the state and have seen similar success. According to the Associated Press, wildlife crossings along a 10-mile stretch of Highway 9 in Colorado have resulted in an 87 percent reduction in collisions.

I think success is seeing it working. Knowing the animals are using it and we’re avoiding collisions and contact with vehicles, it makes it all worthwhile.
– Cory Kindle, CDOT engineer

To reduce the number of animal vehicle collisions along Highway 160 in Colorado, CDOT built crossings underneath the highway. Adjacent fencing also funnels migrating animals through the crossing — the result? A safer roadway for both humans and animals. 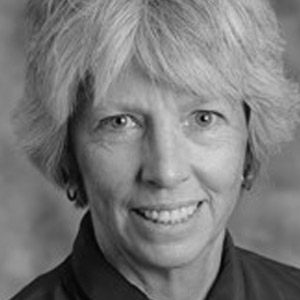 When more than 1 million people descend on a city for the Big Game, it’s important to know how to handle the influx of people — ...
Start Reading
Brad Woznak August 15, 2022 6 min read

To Salt or Not to Salt: That Might Not be The Question

The historic St. Anthony Parkway Bridge in northeast Minneapolis, built in 1925, was in dire need of replacement.
Start Reading