The historic St. Anthony Parkway Bridge in northeast Minneapolis, built in 1925, was in dire need of replacement.

The non-redundant bridge spanned 21 rail tracks where 50 trains pass through daily and posed safety issues for the trains and workers beneath it as well as travelers across it.

Northeast Minneapolis has long been home to blue-collar workers, bustling industrial buildings and sprawling rail yards. St. Anthony Parkway located in northeast Minneapolis is a major east-west road connecting the historic area and crossing one of the busiest rail yards in Minnesota, BNSF’s Railway Northtown yard. But, the bridge was in poor condition and needed to be replaced. The five-span truss bridge was also not structurally redundant. This means if one element of one of the bridge’s truss spans were damaged or severed, the whole span could fail.

The bridge is also part of the National Register of Historic Places and is part of the Minneapolis Park and Recreation Board’s "Grand Rounds-National Scenic Byway." According to the Minneapolis Park and Recreation Board, the Grand Rounds is one of the country's longest continuous systems of public urban parkways and has been the preeminent urban parkway system for more than a century.

This project had several moving pieces. There was the issue of the bridge needing replacement due to its deteriorating condition conflicting with the desire to preserve a historically significant structure. Once it was determined to be a replacement project, constructing the bridge over a major, active railyard became the next challenge.
– Mark Maves, SEH Structural Engineer

The project team could not specify the bridge to be removed and reconstructed using conventional methods because they couldn’t halt train movement in the yard for extended periods, especially along the westernmost “mainline” tracks. The active train yard is one of the BNSF’s top five yards in their rail system. It has upwards of 50 trains each day moving through the area and BNSF assembles an average of 14 trains of 100 or more cars daily. Trains include a mix of freight and passenger rail cars. According to Maves, this made the team think outside the box. They had to come up with a way of removing the old truss bridge and reconstructing the new one, without allowing construction equipment in the rail yard for extended periods. Enter incremental launching.

What is incremental launching?

To remove the five spans of the existing truss bridge, the team specified a process called incremental launching. The process required the contractor to construct a “launching system” in the rail yard consisting of a series of steel pile bents and launching beams welded to the bents. The beams spanned over the busiest tracks in the yard. The furthest western span (Span 5) was moved first. It was jacked up off its supports and placed onto steel rollers on the launching beams, then incrementally moved by a hydraulic jacking system to the west approach area. The second span to the west (Span 4) was then moved out of the yard onto the west approach days later in a similar manner. The spans were then dismantled in the west roadway approach area. With the BNSF’s agreement, the contractor chose to dismantle the three eastern spans (Spans 1, 2 & 3) of the bridge using a more traditional method with cranes that were allowed into the yard under temporary track closures.

Here is a video illustration of how the incremental launching process worked.

The replacement bridge was designed as a three-span bridge with a 305-foot, redundant main span steel truss and two 127-foot steel girder spans to the east. The truss incorporated a unique, first-of-its-kind load path and internal redundancy design. Two piers were constructed first in the rail yard, replacing the four existing piers. To build the main span truss the contractor assembled it on the western approach roadway, then used the launching system to move it into place. The process of launching the 1.6-million-pound truss span into place took 14 hours over two days. The span was then jacked from the launching system onto its supports. To finish building the bridge’s superstructure, the contractor erected the two eastern girder spans conventionally with cranes in the rail yard. Once the spans were in place, concrete was poured for the deck, sidewalks and parapet railings and an eight-foot ornamental railing was set into place.

The process of removing the old bridge and constructing a new one wasn’t the only challenge the project team faced. The bridge was part of three historic designations, leading the team to come up with another creative plan.

In this already complex project, just as much thought and coordination went into it would affect the three historic resources it encompassed—the existing Warren Truss Bridge, the Historic Grand Round Scenic Byway and the Northtown Rail Corridor. When structures have historic designations, they often cannot simply be removed and replaced. The project teams worked with the historical agencies to design a mitigation for the loss of the historical elements.

According to Kristin Petersen, SEH senior planner and public involvement specialist, the team worked closely with the community, historians and artisan and agency partners to preserve portions of the old trusses and integrate them into an interpretive plaza.

“The overlook provides a stunning view of the Minneapolis skyline, the bustling railyard, sculptural elements from the old truss and panels showing the history and development of the surrounding area,” Petersen says.

To mitigate losing historical resources, the project team created a plaza outlining the various historical designations involved in the project.

The old bridge itself was eligible for listing on the National Register of Historic Places for its engineering significance—a rare Warren through truss type structure. As part of this designation, a Memorandum of Agreement (MOA) for mitigation of the removal of the bridge was made between the City of Minneapolis, the Federal Highway Administration (FHWA), the Advisory Council on Historic Preservation, the Minnesota State Historic Preservation Office (MnSHPO) and the Minnesota Department of Transportation.

The Grand Rounds is part of the FHWA’s National Scenic Byways Program. It is one of the country’s longest continuous urban public parks, traveling through wetlands, woodlands, creeks, riverbanks, canals, greenways, golf courses and more. In all, the system is 102 miles, circling the City of Minneapolis. It has been listed on the National Register.

To mitigate the loss of the historic bridge, the team followed stipulations outlined in the MOA. Some of the stipulations included:

“There’s a lot of sentiment surrounding historic structures,” Petersen says. “They’re what give an area their identity and the residents want to preserve that integrity.”

Gathering community input was an important part of designing the historic plaza. Over the period of 10 years, residents took part in public meetings sharing concerns, memories and thoughts. It was a result of these meetings, along with coordinating the historic designation bodies that helped define how the new bridge would look as well as what was included in the historic plaza.

Bringing it all together

When the City of Minneapolis had to replace a cornerstone bridge in one of its oldest neighborhoods, they wanted to preserve its legacy. To do it they worked closely with the community and historical offices to preserve its integrity while designing a new bridge that would stand the test of time. They also wanted to replace it without disrupting the active railyard below. To do that they used an innovative process called incremental launching. The blending of historic preservation with cutting edge technology took a nearly century-old structure and propelled it into the future. 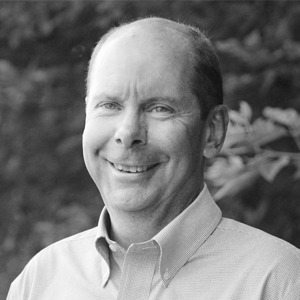 Mark Maves, PE, is a structural engineer and project manager and who knows the importance innovation plays in solving age-old problems. Contact Mark 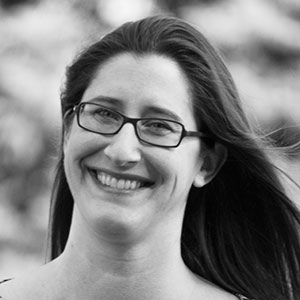 Kristin Petersen, AICP, is senior planner, advocate and listener who balances community priorities and technical expertise with project ideas everyone can agree on. Contact Kristin